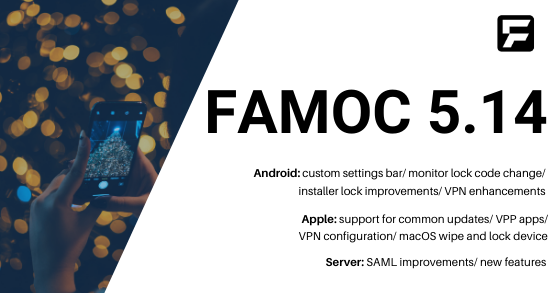 We have a little Christmas gift for you and for all of your devices - Android and Apple ones! A time has come for the last version this year: FAMOC manage 5.14! ?

Read below about all of the improvements and sing up for the live-demo webinar about this version which will take place on Wednesday, December 23 at 11:00 (CEST) ?

Some of the new options are:

There's also a possibility to define max 2 custom fields that will be shown on the custom bar. This option is especially useful when the device is rented or used by many different users - you can always see on top of the screen whose device it is or to which company it belongs.

There are 2 new options regarding VPN Strongswan:

1/ You can now block connection without VPN when "Always on" option is set, so that the user can't use Internet without using VPN.

2/ There's also a possibility to determine the way how FAMOC agents will connect (via VPN or without VPN) when the the above option is not set.

In FAMOC manage 5.14 you will also find some improvements for Apple devices.

First of all, now you have an easy and fast possibility to send common OS updates to Apple, Samsung and Zebra devices. Thanks to that you don't have to update each and every device but you can update all of them at once!

In FAMOC manage 5.14 you can also perform an automatic update of the Apple apps based on the available VPP apps. There's a list of unidentified or not imported VPP apps that you can now check and import. You can see the import status in the real time.

You can now lock VPN on demand option on device using iOS VPN configuration (there's a new option - Lock connect on demand). Thanks to that you can disable a device button VPN on demand so that the user can't use it.

In FAMOC manage 5.14 we added two new options for macOS devices - wipe and lock device. Both of these operations can be performed instantly or can be planned. While blocking a macOS device you can also set up a lock screen message (for example "This device was stolen") and a phone number which will appear on the screen. 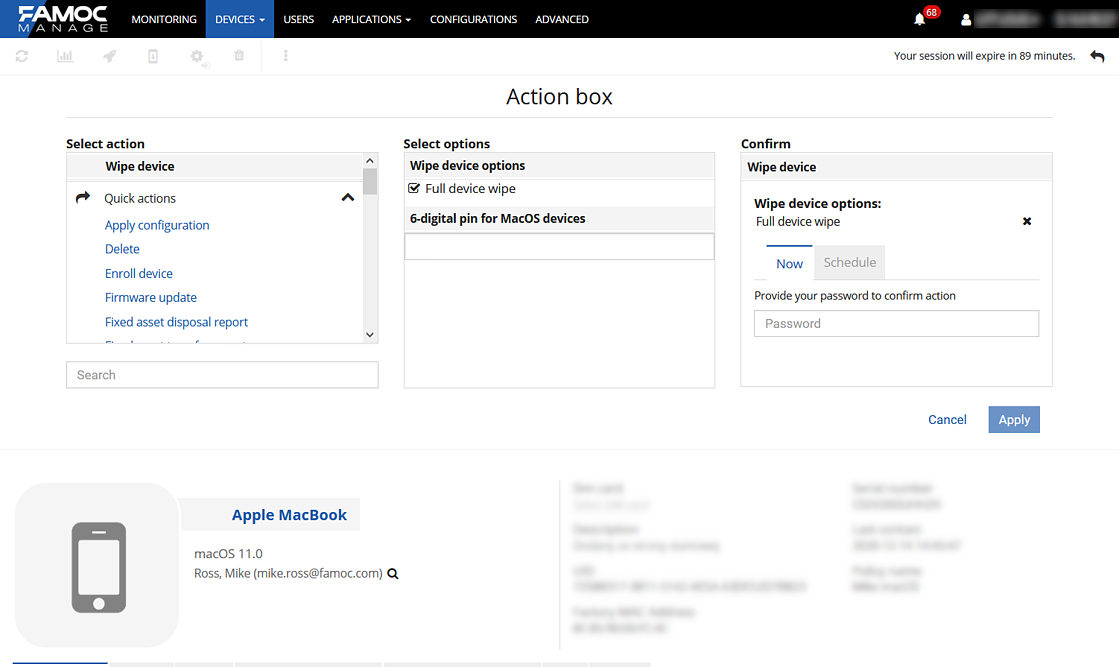 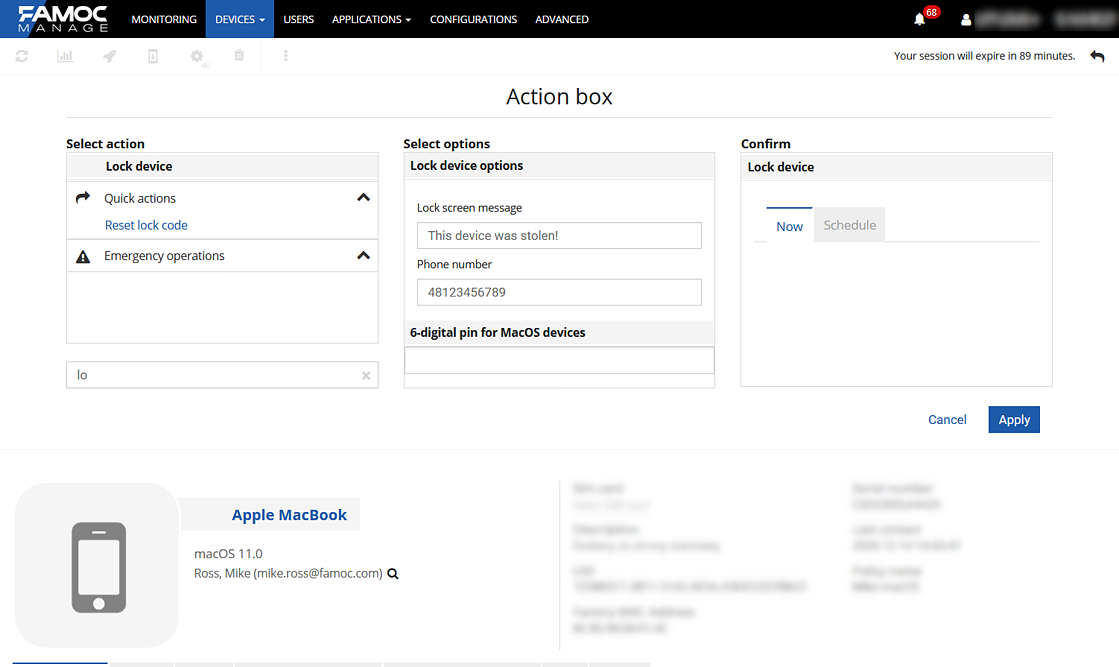 In FAMOC manage 5.14 we also improved some features in the FAMOC console. First of all, there's a new enhancement in SAML (Security Assertion Markup Language is used for authentication) integration - now  you have a possibility to map additional user fields (like name, surname, exchange email). Thanks to that you can define more fields and information about user that you can use later!

In the new system interface you have some new features like:

/ possibility to select all devices / apps in Action box when applying operations: Install/ Uninstall apps from the application list or device list